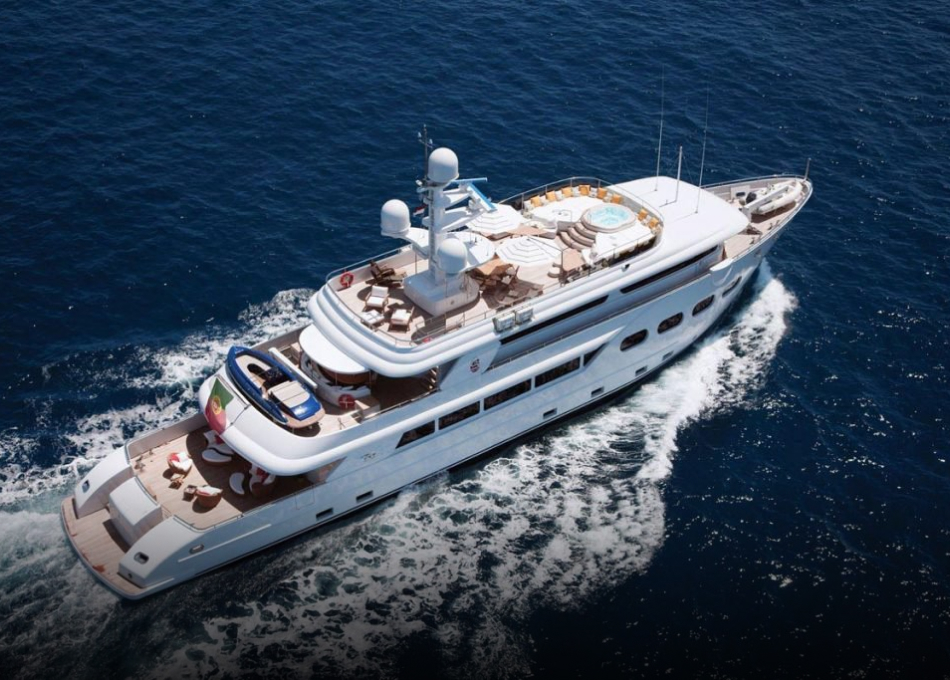 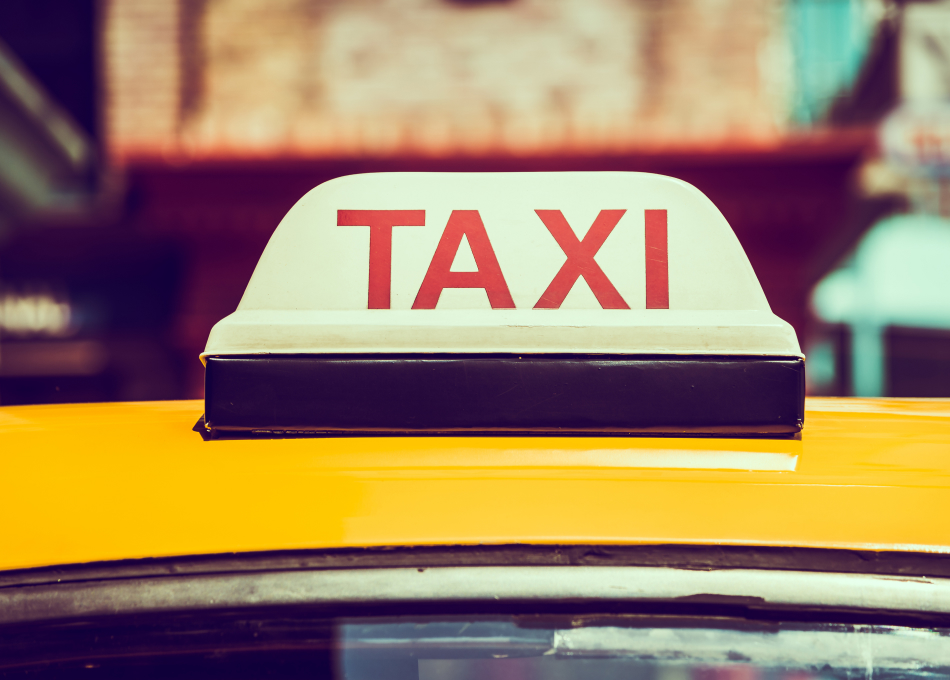 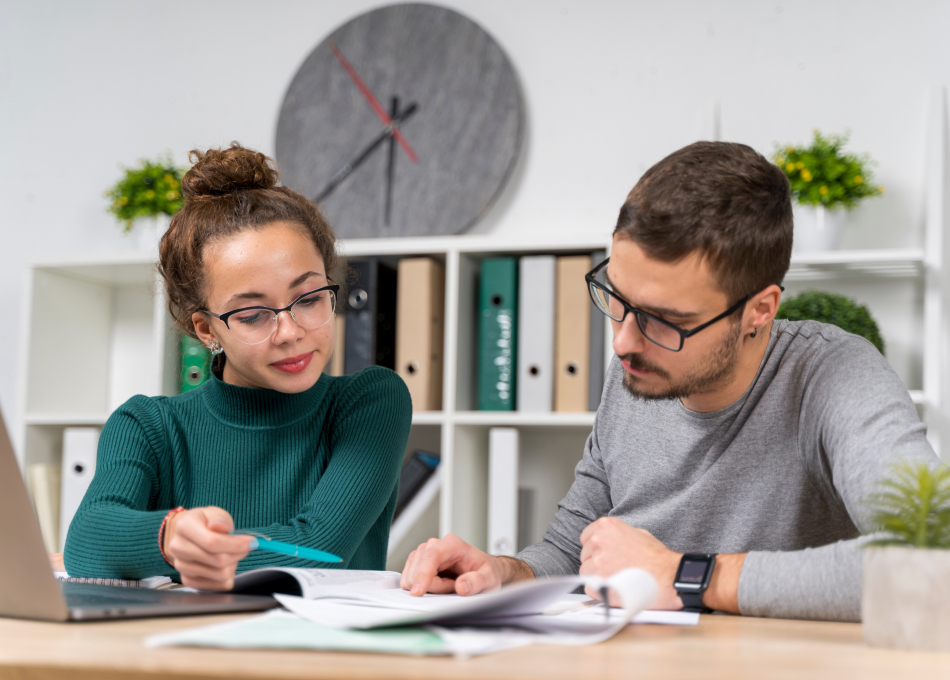 Italian translator
ON REQUEST WE PROVIDE THE TRANSLATION SERVICES FROM ITALIAN AND ENGLISH TO RUSSIAN.
CALL OR WRITE US, WE WILL BE GLAD TO HELP YOU.
The cost of interpretation services is 20 € / hour.

The cost of translation services is negotiable.

Discounts up to 20% on yacht Parking 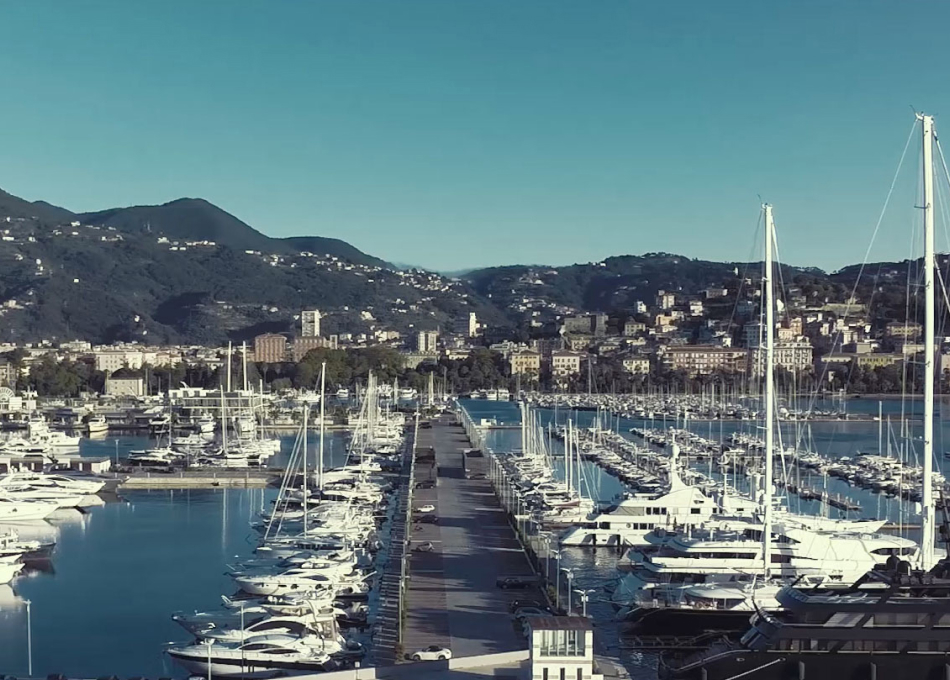 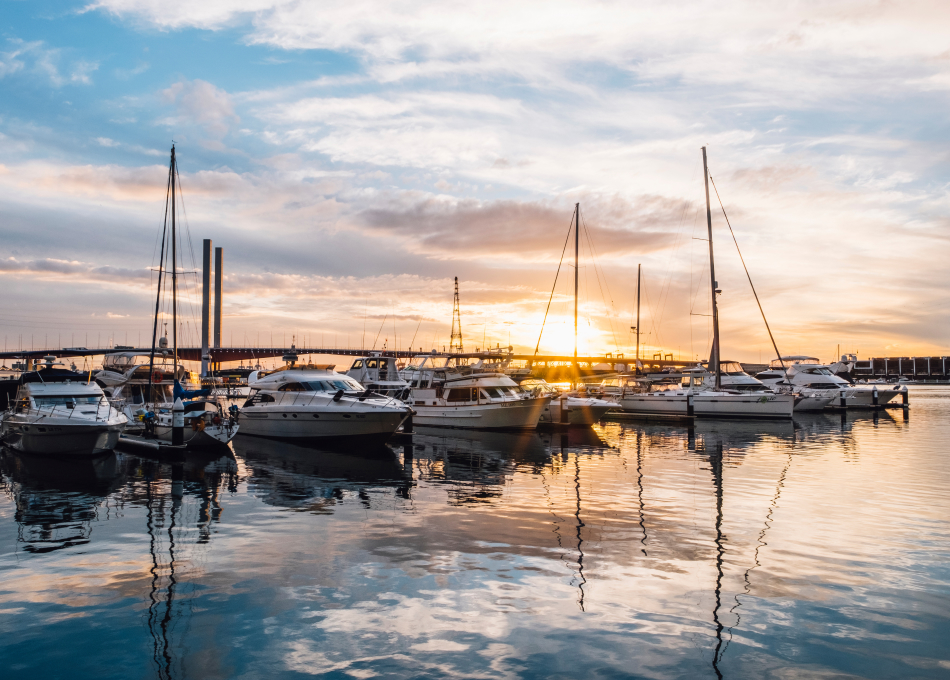 You can order a consultation on the purchase of a yacht from our experts and read some of the tips that we have collected for You.

Attractions in La Spezia — what to see In Italy, there is a picturesque town of La Spezia, which differs in its atmosphere from the nearby localities. All in the area are quiet, quiet settlements, La Spezia, on the contrary, is noisy and very cheerful. In addition to the fact that there is always a vibrant life, the city is a beautiful center of history, where the spirit of the past is still preserved. There was a time when La Spezia was called the “poetic Bay” because it was here that many poets – Byron, Dante, or George sand-sought their inspiration. La Spezia is definitely worth it to stay in this place for a few days and enjoy an Italian vacation. Historical information that gives an exact definition of when the Italian city was founded has not been preserved to this day. It is known that in the ancient Roman era, the local lands were sparsely populated. The only major settlement was the Etruscan luni, which was destroyed by the Saracens in the eleventh century. Until the seventy-sixth year of the thirteenth century, La Spezia belonged to the Fieschi family. In the following years, many sought to seize power in the region. When Napoleon Bonaparte invaded Liguria at the end of the eighteenth century, La Spezia became part of a subordinate Republic. Ten years later, the French Emperor incorporated the city along with the territory of the Bay into a single Maritime district. He planned to convert it into a major port in the future. However, the intention was not to come true. Only forty years after his death did the construction of the Harbor begin. At the end of the nineteenth century, the first shipyards appeared in the Bay, and military factories began their work. This development of the region has led to an increase in the population. In 1870, the first railway connecting La Spezia with Genoa appeared. During world war II, La Spezia was severely damaged by numerous bombings. Copyright www.orangesmile.com La Spezia is a coastal seaside town, but there are no beaches on its territory, because ships arriving in the Bay and numerous yachts have led to the fact that the water near the shore is very polluted. Despite this, the city does not lose its beauty and there is really something to see. In La Spezia, a very beautiful promenade is seven kilometers long and thirty meters wide, and in some areas even reaches forty-five meters. Walking along the Ligurian coast, you can not miss the beautiful views that open to the Harbor and the surrounding mountain ranges, covered with forests. Of course, the sea landscape itself gives the Embankment an unprecedented beauty. It is very convenient to walk along the modern sidewalks, along which there are tall palm trees and neat lawns. La Spezia promenade is the most luxurious place in the city, with a large pier in the center of It. Cruise ferries and yachts dock here and you can take an hour-long walk on the sea. Huge cannons from the middle Ages are considered to be the pride of La Spezia’s waterfront. Immediately opposite them, you can walk through a cozy square, which is decorated with fountains and comfortable benches. In the evening, the Embankment lights up with thousands of lights, which makes it even more beautiful.The title of the main attraction of La Spezia belongs to the fortress of St. George, which is located on the hill of Miguel Poggio. Construction of the building, which was supposed to serve as a defensive structure, began in the middle of the thirteenth century. Since then, it has been rebuilt many times and now the visitors see a majestic fortress with loopholes and fortress towers. To get here, you need to go from the West or North entrance. The first gate is decorated with the coat of arms of Genoa, and the gate from the North is guarded by the image of St. George, after whom the medieval building was named.Want to learn about the history of Liguria? Currently, this fortress houses the Museum of Archaeology. Numerous archaeological excavations have made it possible to open a cultural building, where the found relics with artifacts are presented. Visiting it, you will learn not only about the historical past of the city, but also how the fate of the whole of Liguria was formed over many centuries. In addition to historical exhibits, the archaeological Museum has collections of found items that show what cultural traditions existed in the region. Local residents still revere the customs of past times, but the special pride of the Museum in the fortress of St. George is the collection collected from exhibits that were found as a result of archaeological excavations in the ancient town of Luni. 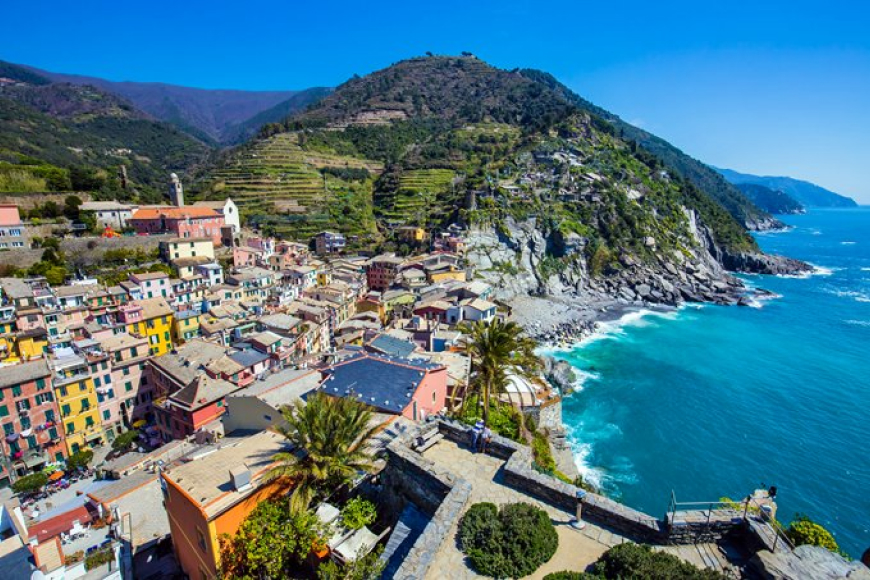 Upon request, we will provide you with the best guide in Tuscany and Liguria or any other region of Italy! Guided tour services 20 € / hour, you can choose your own places to visit or take advantage of our recommendations. 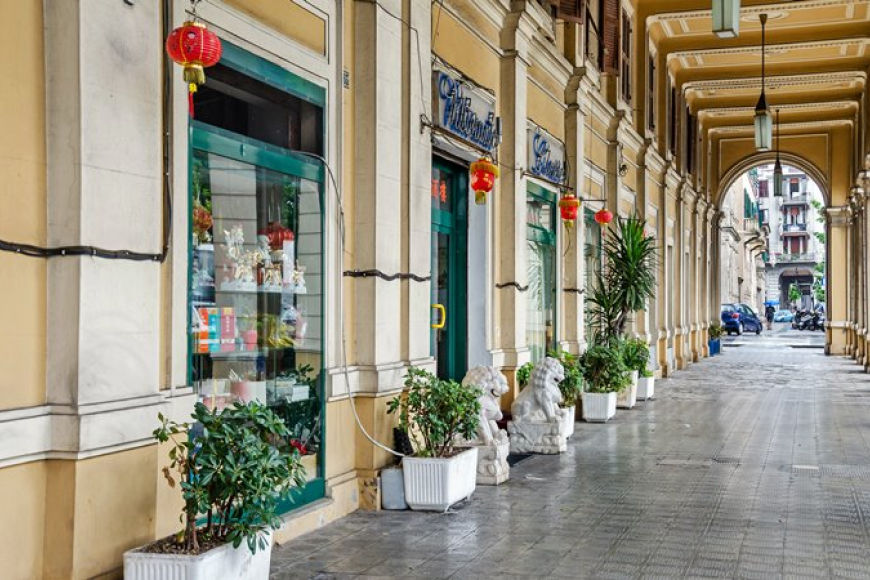 Italian wine tasting is a real pleasure for every admirer of a heady drink. Indeed, after all, someone, and Italians certainly know a lot about wine. The history of winemaking in Italy dates back to ancient Greece, so it is not surprising that so far special traditions of the production of the popular drink have formed here. Grapes of special varieties and the use of unique production methods that are constantly being improved – all this contributes to the “birth” of many wines with a completely amazing taste. White Soave, Orvieto and Asti, red Chianti, Barolo and Valpolicella are brands that have made this sunny country famous all over the world. But this is only a small part of the entire range that it can offer. And even not so famous brands will certainly lead to a state of delight, both true connoisseurs and ordinary wine lovers. Believe me, Italian wine tasting will bring a lot of incredible sensations. And, if you already have the opportunity to participate in this process, you definitely should not miss such a chance. 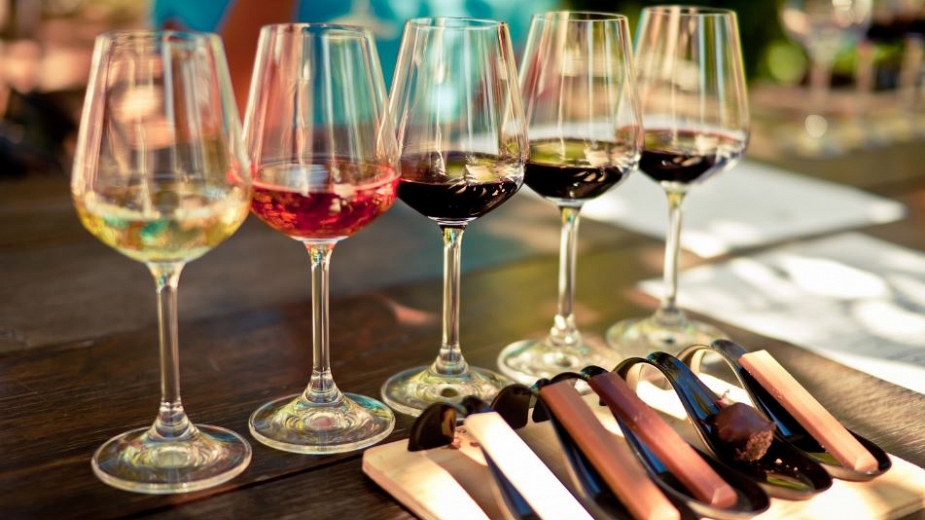 Cinque Terre Nightlife In the small villages of the Cinque Terre there are no entertainment complexes. Only in Monterosso, some bars are open until late and sometimes in spring and summer (especially on weekends) tourists in Vernazza gather in the evenings. And although there is no nightlife in the Five-Dungeon as such, in the larger cities of Liguria, it boils every night. Therefore, lovers of night walks are advised to stop in the cities closest to the Cinque Terre or to visit there in the evenings. Closest to the Cinque Terre is the port La Spezia. In the city, discos are organized and there are many bars, so in the evening there is something to do. And you can get to La Spezia in just 8 minutes by train. Read more about the city on page La Spezia, where the city center is also marked. In addition to the beautiful bays, there are taverns, bars and clubs, so in the evening in Sestri Levant tourists flock to the promenade or to the center, where nightlife is in full swing. It is easily accessible from the Cinque Terre, and once in Sestri Levante, you can also get to Portofino, located on the side of Genoa. And in comparison with the Five-Dungeon, prices in Sestri Levant are lower (see prices). The Ligurian Riviera cannot be compared with the Adriatic (located on the other side of Italy) – there are discos at every step, and here is a natural paradise, calm and serene, so nightly entertainment is not popular here. But lovers of dancing can go to a disco. The two most visited are in La Spezia and one in Sestri Levante. These are the nearest discos to the Cinque Terre. 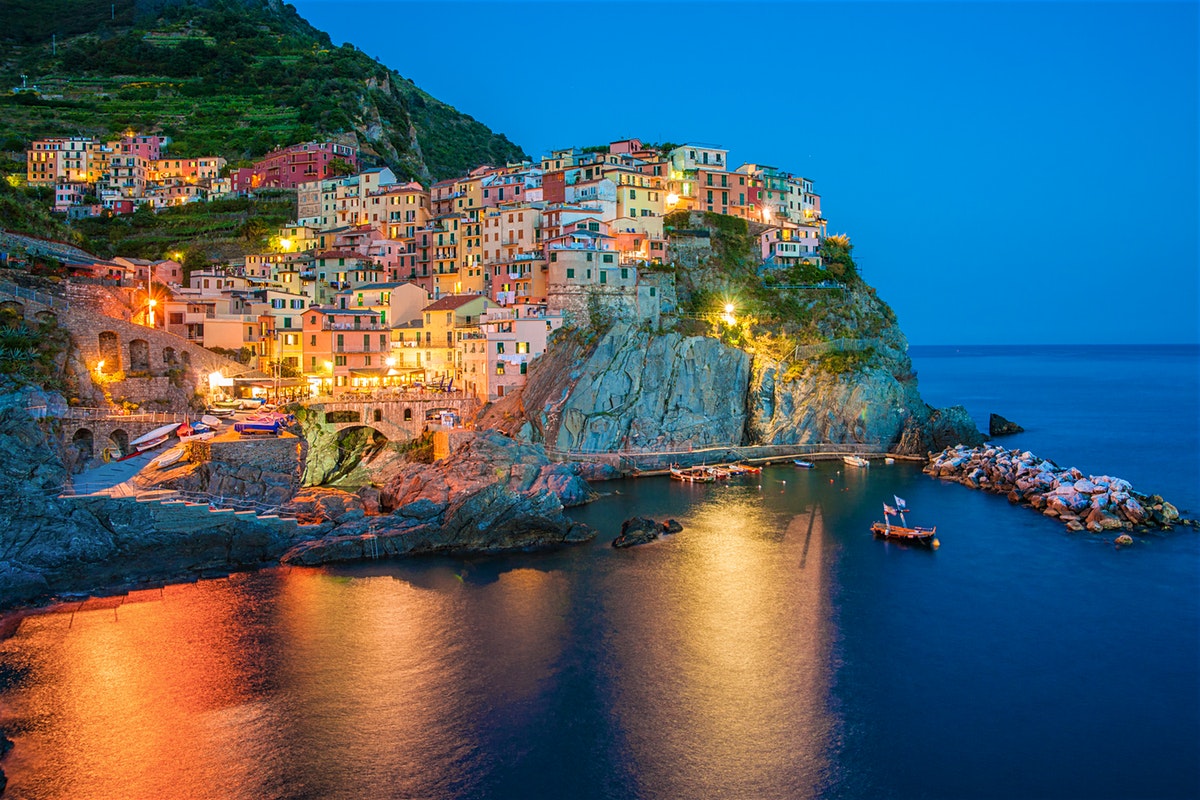 Offer for 4-14 people: Truffle tasting (lunch or dinner) – 50 € per person Truffle hunt – 50 € per person Truffle hunting and tasting – 90 € per person Truffle Hunting, Tasting and Cooking Lesson – 150 € per person Truffle is the strangest of mushrooms, honestly. If you do not know biology, you would rather confuse it with potatoes than you would call a mushroom. Neither an elegant hat, nor an elegant leg, nor the beauty of color. It also grows underground at a depth of 10-30 cm. For a person, only a few types of truffles have a pleasant taste and aroma – they have become the most expensive delicacy in the world. According to one legend, the first truffle was found by a pig of a poor farmer. She tore some mushrooms and immediately ate. The owner considered that these mushrooms were poisonous, and was very upset that his only pig would die. She, on the contrary, dug out the truffle after the truffle and did not complain about her health. The farmer also tasted the mushroom and was surprised how delicious it is. So he became the first truffle hunter and quickly became rich. For hunting, pigs were first used, and later dogs. France and Italy are most famous for their truffles, in the forests of which the most fragrant truffles grow – white and black. Because of its outlandishness, truffle has always been expensive – since the days of ancient Rome, mushroom has only increased in value. At the beginning of the XIX century a daredevil appeared who decided to cultivate the mushroom. Joseph Talon planted a hectare of acorns from the oaks under which truffles were found. A few years later, truffles were discovered under the roots of some of them. 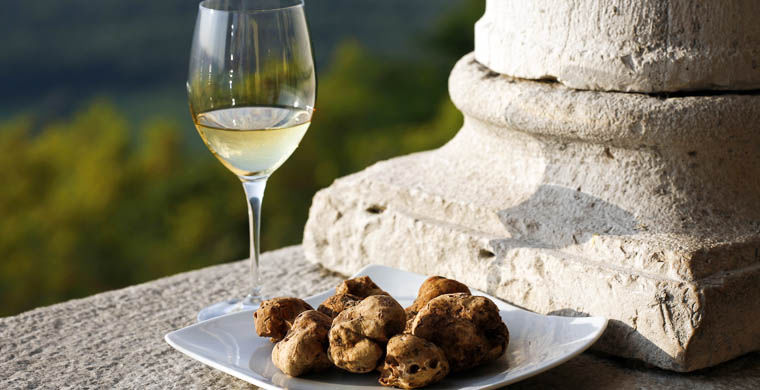 Don’t miss the unique opportunity to spend the night on a historic sailing yacht and have Breakfast on the deck. Suitable for events of different formats, capacity for the night stays is 12 people. The price 4000 €